The temperature was cold, the wind was strong, and there was very little reason for any sane person to be out at a rocket launch. Never the less we had a very impressive turn out and managed to fly a couple rockets. Dale started us out flying a mighty C6-3 to confirm our suspicion that is was in deed windy... Carl and Steve Wagner followed up with a couple of E9 flights. This was quickly followed by Haga with a Dizzy Izzy on an SRS G63 for a nice flight to a 200' or so.


The University of Michigan SLI team showed up with their project wanting to get a mock run with their deployment. With the weather conditions the way they were the team went with an CTI I236 Blue Streak to keep it nice and low. It was certainly a picture perfect flight, congrats to everyone involved in that project! 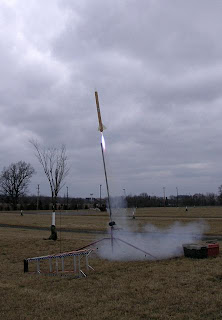 The last flight of the day went to Chris Palmer, as per usual this was not a conventional rocket... 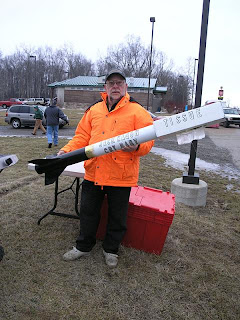 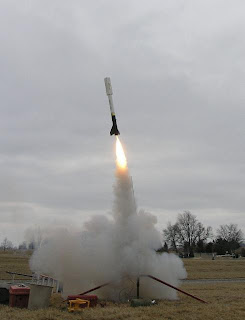 Chris's "JackWagon" special complete with box of tissues was ready to go, this rocket historically loves the water and had to face the pond in the past. The joke was on the rocket this time as it did land in the pond, but there was a thin film of ice on it so it managed to slide over the entire pond while Dale and Chris fought off trees, bushes, and briar patches in order to retrieve a tissue.
To sum everything up, the weather was crappy but the crowd was great as usual. Thanks to everyone that made it out and hopefully we will see everyone in April!
﻿
﻿- Scott
Posted by JMRC BOD at 11:29 PM 0 comments 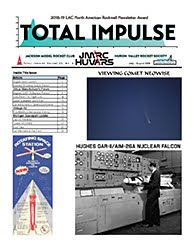