Write up by Dale Hodgson and Buzz Nau
The JMRC pulled off another great day of flying on June 11 at Horning’s Field in Manchester. Many thanks to Buzz for negotiating the use of the site and to Scott, Roger and whoever else contributed in getting the waiver paperwork submitted and approved. A very big thank you goes to the Horning family who were very gracious in allowing us to use their field. They are very nice folks and stayed at the field long enough to see what we are about. I think they were impressed with how we run a launch. I should also thank all those that flew; there were a lot of nice flights throughout the day and if memory serves all were recovered within the field. Certainly no small task but we were perfect for the day.

The field proved to be a very nice place to fly. Although a little hazy in the morning conditions continued to improve throughout the day. Appropriately, the first flight of the day belonged to (name?) Horning, the son of the landowner. He flew an Alpha on a B6-4 motor that flew straight and a bit higher than expected. The breeze caught the rocket and carried it straight down field. After a long walk the rocket was recovered. As soon as the young man returned he was looking for another motor. Seems to me we have another convert.

There were plenty of great flights during the day but the one that stands out to me the most really wasn’t a flight at all. Bob and Rob Dickinson performed some ground testing on their V2 project. Nothing about that rocket is small; I believe it is a 1/5 scale of the real deal. Several of us were able to fly some dual deploy projects; Buzz had a great flight, I believe Tony flew an I-800 for some noise and a perfect flight. I flew an I-405 in my Vertical Assault and a J-320 LR in my SS-1.; both dropped in close to the rails. It was great to see the variety of rocket types flown. Kathy flew one of her Fiddle-Faddles; Chris and Tony flew Dizzy-Izzy’s and Tony staged a Snitch…he must miss Emily. Actually, we all do. Buzz flew a glider which was …no surprise….perfect. Later in the day he flew an I-110 Moonburner in one of his projects; again perfect boost, perfect flight. Carl “King of the V-Max” Wagner flew a few of his projects and as usual they were awesome. Jim Fustini put on a clinic as he usually does; great looking projects and great looking flights. It’s good to see Jim on the flight line again. I think even Roger logged a flight; I think it was a Tomahawk. I know Tom flew some stuff but can’t for the life of me remember which projects. I do know that he was quite busy, as was Buzz and Eldred running around shooting videos and taking photos. For those that missed the launch check out the photos that Buzz posted.

There were a couple of crashes during the day but that’s to be expected. Even though some did not fly as predicted they came down safely within the range. Unfortunately the biggest crash of the day was towards the end and was mine. I flew a 5.5 Mosquito on an H-90 LR but because of the weight and drag (we were looking at a 4.5 or so thrust to weight ratio. The flight proved to be not enough motor and too much delay. But, the crash wasn’t all that bad. The fins popped out cleanly and there was slight damage to the cone but is easily fixed. All that was lost was the airframe; I will be able to make a complete repair in just a couple of hours.

On a personal note I wanted to let everyone know I am very happy to be back at it after missing a few launches due to some extensive traveling due to work. Seems I always have ridiculous amounts of fun at each and every launch I attend. Hopefully I can get my long lost brother out there again; it’s hard to do some debauchery when one is a debauch short….so get back out here when you can Fred….there is much to do. BBBBWWWAAAAHAHAHAHA!!!!!!

This was our first launch at the Horning Field near Manchester. It was also a demonstration to the Hornings of how JMRC operates a rocket range of the highest caliber. As usual the poor weather that was predicted never materialized. The morning started with a 200' ceiling which the sun quickly burned off by the time the range was open for business. It was fitting that the first flight of the day was Mason Horning's Alpha III on a B6-4. It was soon clearly evident that the winds aloft were much stronger than the surface winds. The Alpha sailed down the field about 500 yards before dropping out of the shear. Fortunately the wind was straight down the field and varied from light to 10+mph throughout the day.

All of the Horning's made at least one trip to the range expressing an interest in the hobby as well as some awe in the broad scope of our operation. It is our hope that they are comfortable with us using the field and will allow us to continue flying there in the future.

Andy Tomasch of HUVARS attended and was very impressed with the range operations. Andy turned in a nice flight on a BT-80 Mosquito from a past HUVARS upscale contest. In addition to enjoying the JMRC Cafe for a hamburger he was also pleasantly surprised of the wide range of rockets being flown. He wrote a great review of the launch to the HUVARS email list which will hopefully encourage more HUVARS members to join us in the future.

Two weeks ago I held a model rocket build-it, take-it session with my daughter Kelsea's 4th grade class. I was pleased to have several of Mrs Jolliffe's 4th grade students show up for the launch. I had told the class that I would help any who showed up to the field launched their Alpha III. Katie, Sarah, and Thomas had 5 successful flights between the three of them. I am pretty sure Katie and her Dad will be back.

Carl Wagner flew several new food container rockets. All flew great on the way up, but he suffered some deployment issues on a couple. Tom Kurecka put in some very nice flights as well. Noteably his Astrobee D on a I205 Imax to 2,332’. Tom also suffered on of the few prangs when his Nike Smoke core sampled.

The Dickinson’s ground tested a mega sized quarter scale V-2 that is scheduled to fly next month in Muskegon. It is guaranteed to be entertaining! They also flew another V-2 on one of the few J flights of the day.

Dale Hodgson flew the other J flight in his SS-1 that landed incredibly close to the range. Who needs a large field when you can plant Hi-Alt flights near your pad? Dale also put in a great flight with his Vertical Assault on a Loki I405. He too suffered one of the few mishaps of the day when his mega-size Mosquito re-kitted itself on a somewhat underpowered and or excessive delay H90. It looked like everything broke off clean so he will just need to replace the tube.

Tony Haga put in some great flights as well as running a fine LCO shift in the morning spelling Roger Sadowsky of the duty so Roger could put in some flights. Chris Palmer was entertaining with a Barbie head rocket and a Dizzy Izzy.
I managed five flights, which is light for me. First off was a Centuri Apache 2 on a B6-0/A8-5 staged flight followed by a Sky Dart. I had successful flights with my 4" dia upscale Marauder and Blue Bird Zero. The Marauder was a dual deploy flight on a Loki I430 blue to 1,836'. The Blue Bird Zero flew on a Loki I110 for a flawless apogee deploy flight. Both flights carried a key fob cam and returned excellent video of the flights. My other flight was drag race with Tom Kurecka. We flew Madcow Rocketry Honest Johns on Ceseroni H131 Smokey Sams. Tom calls foul, but I think I was the legit winner. The G131 is a really nice motor I plan to use again in the future.

Overall it was an excellent day of flying and I hope we can secure the field for more launches in the future! Thanks to everyone who turned out and made the launch so successful.

For the upcoming launch in Manchester, MI we are requesting that everyone adhere to the JMRC tradition of leaving our launch field cleaner then we find it... as everyone always does! I have personally witnessed this happen countless times in the past and want to encourage everyone to continue with this habit. Trash cans will be onsite for everyone to use.

We will also be utilizing a very strict RSO table, this is because we are new to this field and want to learn all of the hazards associated with this field. (i.e. surrounding crops in neighboring fields, parking location, etc.) Now we are still encouraging people to come and fly, so depending on wind/cloud conditions we are encouraging people to fly to 1,500' with apogee deployment and even higher if you are utilizing dual deployment. We will have full hybrid support and roughly 35lbs of N2O... all that Haga left me after the last MKG launch :-)

Depending on how the day goes we will loosen up or tighten our requirements, so please keep in mind we are keeping the field and the land owner in mind before signing off on each flight. We hope to see everyone out on the field for yet another fun event... and perhaps a rocket or two will fly!

Location: ... No Launch, Maintenance Day Instead 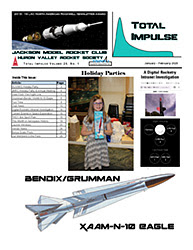